What does it mean to dream out loud?

At 5 years old, a young boy with autism named Stephen McPhee began a journey lead by his kind heart. He is teaching the world what it means to dream out loud. 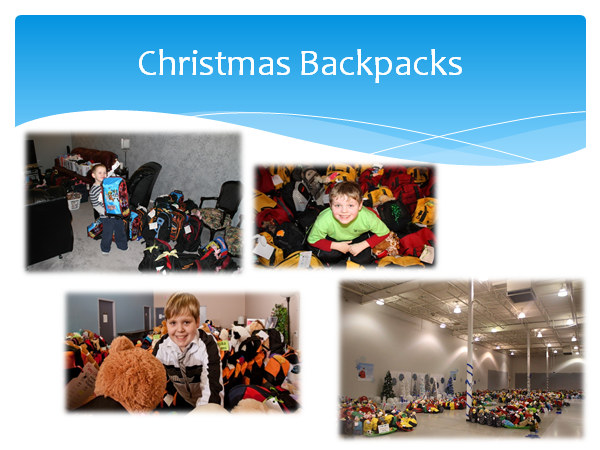 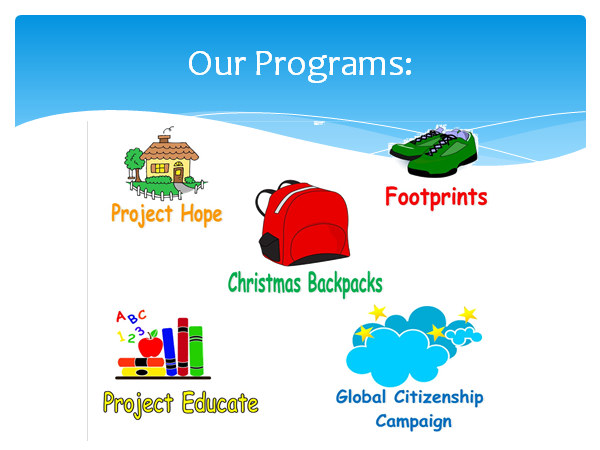 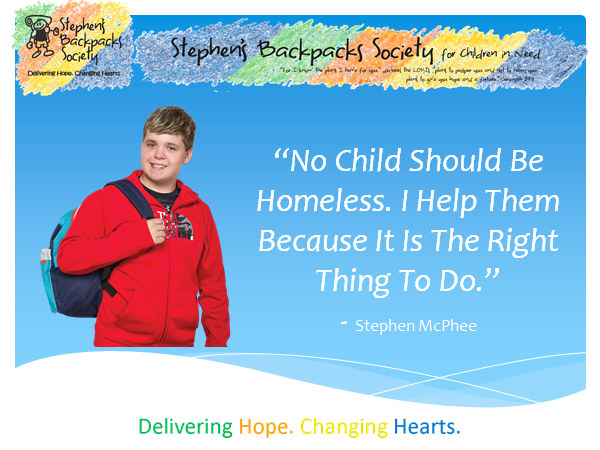 It all began when Stephen was busy playing and overheard his parents discussing a homeless man in the newspaper. He stopped in his tracks and asked, “Mommy are there kids on the streets?” Stephen’s mom explained, while considering the innocence and inquiring mind of a child, that sometimes families lose their homes and live in homeless shelters until they can get back on their feet. In that moment, Stephen declared, “I need to help them!” He told his mom he needed some time to think about what he wanted to do to help. After a few weeks, with two missing front teeth, Stephen announced he wanted to make “packbacks” to help homeless kids. His mom questioned what his plan was to fill these backpacks. Without hesitation, Stephen gathered up some of his favorite toys, followed by a discussion with his mom about things homeless kids might need, like mitts, hats, socks, clothes, pyjamas, hygiene items, toys at Christmas, and of course candy. Stephen’s heart began dreaming out loud. 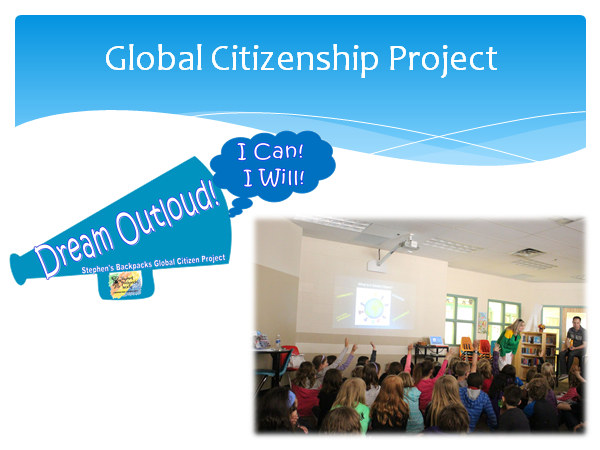 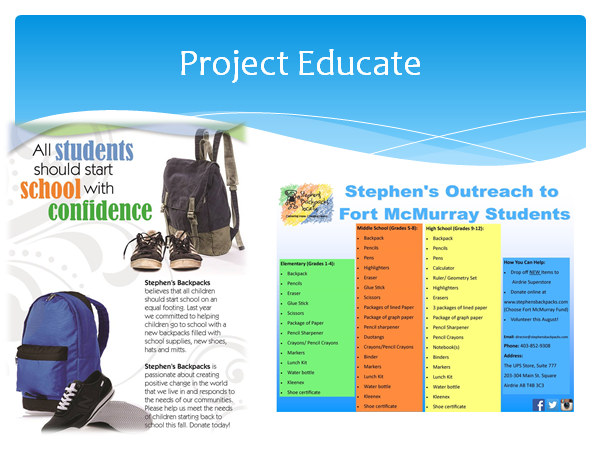 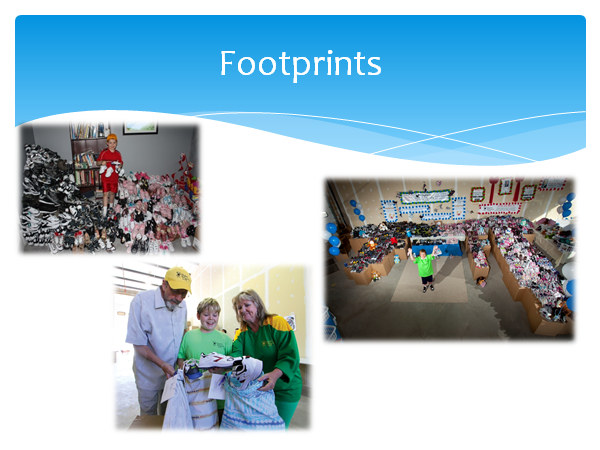 In December 2006, the McPhee family gathered on their kitchen floor to assemble 15 backpacks for kids. Stephen was overcome with passion and excitement. On Christmas Eve, the family took the backpacks to Inn From the Cold in Calgary where Stephen gave his first gift of hope to a young boy. On the drive home, the family was very quiet, nothing needed to be said. This was a Christmas they would never forget. The following year, Stephen asked the question about homeless kids again. One day over lunch, Stephen’s mom explained to her friend Anne Beaty, Editor of Airdrie’s newspaper, that Stephen wanted to make backpacks for homeless kids again. Anne interviewed Stephen, she noted she was proud he made 15 backpacks last year and understood he wanted to make more this year. Without reservation, Stephen exclaimed he wanted to make 150 backpacks. Stephen’s mom was shocked and tried to lower his expectations, but Stephen was confident. Shortly after the article was printed, donations flooded in and the McPhee’s home became a backpack workshop. In December 2007, in a yellow school bus, the McPhee family delivered 265 backpacks to Inn From the Cold again… and with that, Stephen’s Backpacks Society was born.

Over 13 years, 64,000 children have received backpacks filled with love and necessities from the society. Furthermore, new branches have formed within the society; teacher kits have provided 150 teachers with 10 backpacks filled with supplies to help their students; Project Hope has supported 32 families with newly furnished homes; and Footprints has supplied 15,000 children with new back to school shoes.

Stephen’s journey proves anything is possible when you never stop dreaming out loud.